Sleep Patterns Of The World’s Cultures

Did you know there are vast differences in the sleep patterns of the world’s cultures? For example, some cultures get by on just a few hours of sleep per night, while others enjoy a lengthy slumber. This article will look at some of the different sleep habits of the world’s cultures. In addition, it will explore why these patterns exist and what benefits they may have. So, without further ado, let’s look at some of the fascinating sleep patterns around the globe!

Most people know that getting a good night’s sleep is essential for their health, but few realize just how vital sleep is to every aspect of their lives. Sleep helps the body to heal and repair itself, and it also plays a role in regulating metabolism and hormones. Furthermore, sleep is essential for memory and learning. People are more likely to struggle with focus and concentration without enough sleep. Sleep deprivation has been linked to poor performance in school and at work. Sleep is also vital for mental health. People who don’t get enough sleep are more likely to experience anxiety and depression. In short, sleep is essential for physical, mental, and emotional well-being. When people don’t get enough sleep, it can profoundly impact their lives and the lives of the people around them.

In Japan, it is not uncommon for people to sleep in public places. This is partly due to the high density of the population in cities like Tokyo, which makes it challenging to find a place to sleep at night. However, it is also because Japanese culture values efficiency and productivity. As a result, taking a nap during the day is a way to improve one’s work performance. Some offices even have special “napping rooms” where employees can take a quick power nap. Japan is also known for its “inemuri,” which roughly translates to “sleeping on duty.” This refers to the practice of falling asleep during meetings or while at work, but it is not a sign of laziness. Instead, it often signifies that the person has been working hard and requires rest.

It is common for people in Spain to take a long afternoon nap called a “siesta.” This tradition dates back to when farming was the primary industry and workers needed a break from the hot midday sun. Nowadays, many businesses close in the afternoon so employees can go home for a nap. The siesta tradition is so ingrained in Spanish culture that it has positively affected productivity and work performance. It also allows the evening hours to be reserved for socializing with friends and family, as people are well-rested after their afternoon naps.

In Nigeria, polyphasic sleep patterns are common. This means that instead of sleeping for one continuous stretch at night, people tend to sleep in multiple short periods throughout the day. For example, one study found that the average time spent sleeping among Nigerian market women was just four to five hours per day. This sleep pattern may have evolved to increase productivity and make the most out of every day. It also allows people to stay awake at night to socialize and participate in religious activities, such as prayers or ceremonies.

In contrast to the cultures mentioned above, the American culture values sleep. People are encouraged to get eight hours of continuous sleep at night, and napping during the day is often seen as lazy or unproductive. This cultural attitude towards sleep may partly explain America’s high rates of sleep deprivation and the prevalence of sleeping disorders such as insomnia. Sleep is often seen as a luxury rather than a necessity in America. Unfortunately, this can lead to a lack of understanding and appreciation for sleep’s important role in our overall health and well-being.

Brazilians generally keep very different sleep patterns than those in North America. For one thing, like people in Spain, it is not uncommon for Brazilians to take an afternoon nap, known as a siesta. In Brazil, however, the siesta is typically shorter and less restful than in Spain. Furthermore, it is common for people to take a quick nap after lunch. In addition, Brazilians tend to go to bed later than North Americans. It is common for people to stay up until 1 or 2 AM on weeknights and even later on weekends. This can be partly because many Brazilians do not have early morning obligations, such as work or school. As a result, they can stay up late and sleep in later the next day.

Austria is known for its love of all things pastry, but there’s one other thing the Austrian people are passionate about: sleep. As a result, Austrians are some of the most well-rested people in the world, averaging nearly 8 hours of sleep per night. This commitment to getting a good night’s sleep extends to Austria’s children, who are often required to take an afternoon nap and sleep at night. While this may seem like a lot of sleep, it positively affects physical and mental health. It also gives people more energy during the day, increasing their productivity and overall happiness.

Sleep patterns in South Africa vary widely depending on cultural factors, work schedules, and personal preferences. However, there are some general trends that you can observe. One unique aspect of South African sleep patterns is the practice of nighttime waking. This involves waking up at night to socialize and spend time with family members or friends, often while enjoying traditional foods and drinks. This practice may have evolved as a way to combat the hot temperatures at night and make the most out of limited electricity availability in some parts of South Africa. It also allows people to bond and socialize during cooler nighttime hours before going back to sleep until morning.

These examples show that sleep patterns can vary significantly across different cultures. For instance, while some cultures prioritize a whole night’s sleep, others value shorter or fragmented rest periods throughout the day. These cultural attitudes towards sleep can impact individual health, well-being, and overall societal productivity. Therefore, it is important to consider and appreciate the diversity of sleep patterns worldwide and to understand their potential benefits and drawbacks. 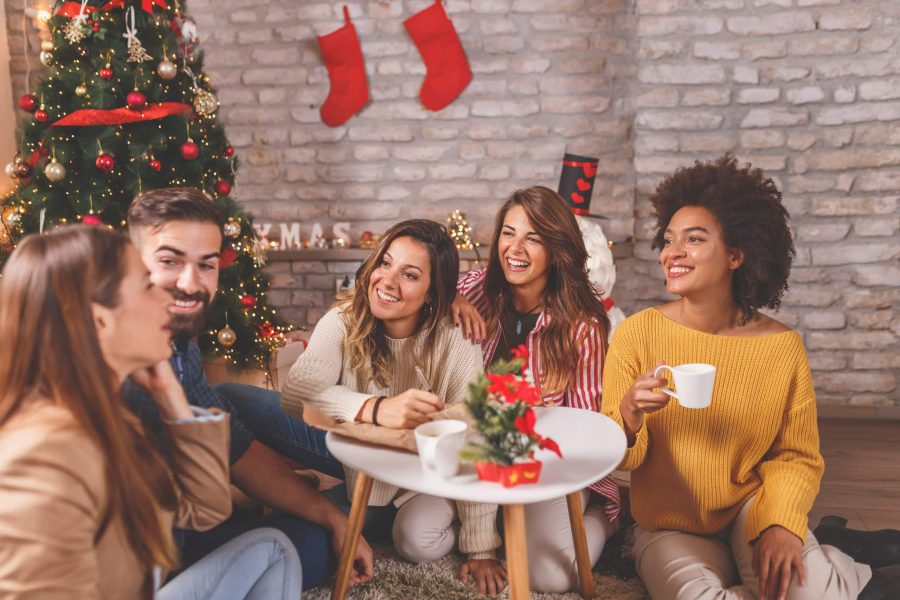 Every year, you celebrate the start of a new year on January 1st. For many, this is a time to reflect on the past year…

Things Everyone Should Do Before They Die

Read More »Things Everyone Should Do Before They Die

Mother’s Day is almost here, and if you’re looking for a gift that will make your mom feel young again, you’ve come to the right…

How To Stay Healthy In The Winter

Tips To Get Rid of Bags Under Your Eyes